Did you know that April is autism awareness month?

Autism, ASD, and Asperger Syndrome all refer to the same broad range of neurodevelopmental disorders. Identified by challenges with social skills, repetitive behaviors, speech, or nonverbal communication, these disorders can disrupt a person’s daily life. This is why we have decided to raise some awareness on autism and give you some useful information on the topic this month.

Throughout the years, after lots of research and an increase in the number of diagnosed cases, the general perception of autism has changed. Steve Silberman, author of Neurotribes, said that no matter how you choose to look at it, autism is a part of the human fabric.

It is a different way of thinking and often involves having skills that others do not have. Autistic individuals operate differently in the ways that they process life and they may experience it in different, perhaps even better ways.

This month, we are raising awareness on autism because we know that an early diagnosis and correct intervention can change a child’s life. Research has shown that using behavioral intervention and speech therapy allows a child to gain self-care, communication, and social skills, as well as solve underlying brain development issues.

They say that there is no cure for autism, yet people are not aware that we can still reduce the impact and get a better outcome by taking the correct steps throughout the developmental stages with assistance from specialists and organizations like ASDF.

One of the biggest challenges is understanding that each autistic person showcases the symptoms differently, with differences particularly between girls and boys. This month, autism awareness groups are aiming to highlight that autism cannot be generalized in a singular type and that there are many variations and levels of the disorder.

The causes of autism are still unclear as there is no known single cause, but several factors can influence its development. Some harmful substances ingested during pregnancy have also been associated with an increased risk of autism. As mothers, it is crucial to raise awareness of autism.

If you are a parent concerned about your toddler, or if you are noticing some behavioral limitations in a child that could be autism, there are some signs you can look for at the different stages of development such as:

Remember to always stay positive, as there are simple everyday things that can help make a difference. Most importantly, show your autistic child that they are loved, appreciated and that they are like any other kid who is willing to discover the world and play around.

At the end of the day, society has evolved, and so have companies and societies perceptions. Today, there is a greater acceptance of autism and its awareness in the corporate world has grown. Microsoft and other big corporations have been embracing people with disabilities and challenges and are welcoming them with special programs that they have launched over the past 5 years, investing in serious resources to hire autistic individuals.

As for Kingsmen Agency, we are also pleased to be doing our part in raising awareness on Autism this month of April. As a company, we are open to hiring autistic individuals, and are seeking to raise awareness on neurodiversity among current employees as well as the outside world. 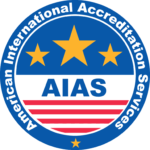 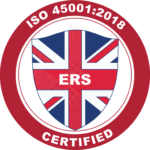 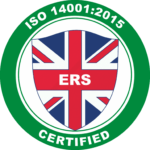 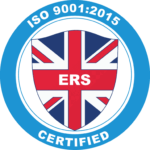